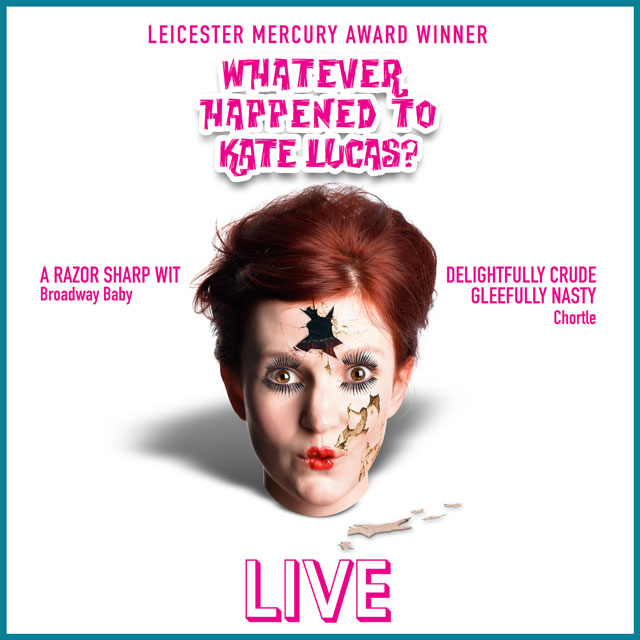 No live dates at the mo... Please check back soon

Award winning musical comedian Kate Lucas is known for her razor sharp and deliciously dark songs. She combines catchy melodies with original lyrics to showcase her playfully bitter musings on life. Audiences have come to expect examples of what not to say and how not to behave from this gloriously talented young comic.

In 2014 she took home the title for the prestigious Leicester Mercury New Comedian of the Year and her performances since have been met with huge critical acclaim.

Lucas since gone on to build a seriously impressive reputation on the circuit, storming it every weekend to packed out crowds at the country’s most famous comedy venues including The Glee Clubs, The Comedy Café and Up the Creek.

In 2016 her debut show Whatever Happened to Kate Lucas? was met with huge critical acclaim at the Edinburgh Fringe Festival.

With this kind of phenomenal track record, this very special rising star is most definitely one to watch.

Kate is exclusively represented by